Please consider the warning message in the main text. 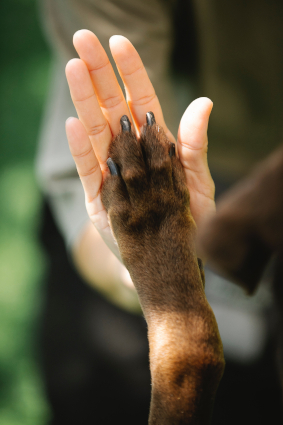 As a society and as individuals we make decisions that affect animals. But on what do we base those decisions? In the process of deciding we weigh different aspects such as our needs, wishes, expectations, prices, time or material. In the present study we are trying to find out how important the health of animals is to us all.

Previously, scientists have asked “what is your health worth to you?” But the answers are not easy. If we use money as an exchange for health, the value of health in a rich country would be worth more than in a poor country, which is unfair. It was thus agreed to use time instead. People were asked to trade lifetime to resolve e.g. itchy skin, poor eyesight or a lost finger. The result is a long list of health conditions for which people are willing to trade different amounts of time. This is then used to calculate, how much a certain disease burdens a society, i.e. what that disease costs to the people. The ministry of public health then uses these data to decide which diseases receive priority.

Burden of disease studies and methodology have been implemented at global level through the World Health Organisation (WHO) and others such as the dedicated Institute for Health Metrics and Evaluation at the University of Washington. These data are widely utilized and well-respected tools for decision making in global health policy. For example, the Lancet entertains a dedicated  Global Burden of Disease Resource Centre. Disability Adjusted Life Years (DALYs), are the central population health metric to estimate disease burden. DALYs consist Years of life lost (YLL) due to premature mortality which are straightforward to calculate, but additionally contain equivalent years lost due to disability (YLD), which are less straightforward to compute. They depend on the disability weight assigned to that condition. Disability weights can be calculated or valued by a number of techniques. These valuation methods include pairwise comparison and time trade-off, visual analogue scaling and panel opinions. This means, people are asked to imagine which of two disease states are better or worse to have, and with a number of these pairwise comparisons, the disability weights are estimated. For time trade-off studies, people are asked how much time of their lives they are willing to give up to be relieved from the disease states. Visual analog scaling uses a visual gauge to allow people setting a level, and panel opinions are basically expert elicitations.

The value of animals 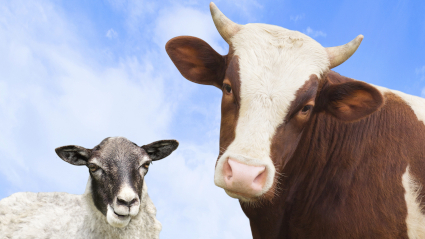 People interact with animals for various reasons, such as sources for food, transportation, but also as pets, service animals (guide dogs, etc.), ornament or in nature. The value given to animals differs by animal species, among cultures and beliefs, and has been highly variable over time. In in the context of recent outbreaks of emerging infectious diseases (e.g. Ebola, Zika or COVID), much attention has been given to a concept called One Health. It posits a more equitable consideration of humans, animals and ecosystems when making decisions at different levels of society. This implies that we give animals and ecosystems an explicit value to inform our decisions. Efforts are underway to determine the economic value of ecosystems and biodiversity, but other scientists advocate for decision making frameworks that don’t rely on monetary values. For animals, to date, primarily market values have been used. But…

To find out how people estimate the value of animals, we are using three different ideas:

The World Animal Health Organization (OIE) recognizes that we know little about the global burden of animal diseases. It has therefore initiated a research project to conduct such an estimation. The section of veterinary epidemiology at the University of Zurich is part of the global research consortium that has been mandated with this study.

Transferring this methodology DALYs to zoonoses such as food borne diseases is problematic. By definition they can affect animals as well as humans, and/or they require an intervention in an animal source to prevent human disease. This has major consequences for economic analysis of disease control. For animals, proposals have included an animal DALY (i.e. based on loss of life to the animal), but would not be applicable to animals that are slaughtered and not have a direct comparable human health state. For agricultural animals, optimal production rather than prolonged longevity is the aim. So, for these animals it is a nonstarter.

Consequently, we have been developing methods based on time trade off (i.e. time taken to earn the replacement value of the animal). But this again has issues, especially with pets, as the market value does not reflect the emotional, cultural or intrinsic value(s) attached to those animals.

In the present study we derive a method from the GBD studies, where the disease weights are estimated by pairwise comparisons (see GBD above). Our study is devising a pairwise comparison to human health states, but this time imagining which health state in an animal causes an equivalent suffering to the owner (i.e. what might you be prepared to suffer for your dog). If the study confirms our hypothesis that such a direct calibration is possible, then it will provide a means by which the burden of animal diseases and injuries can be estimated and directly incorporated into the DALY metric together with the direct morbidity suffered by people.

Alternatively, we are looking at willingness to pay (which can then be converted to a time trade off), and direct time trade off (how much time you would give up for you dog).

How you can help 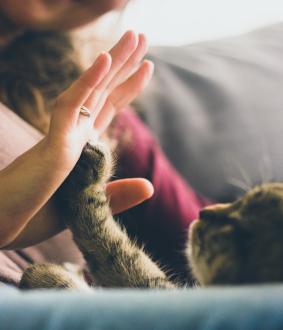 We would like to know, how you value an animals’ health compared to your own health? What would you be willing to pay? Or how much of your lifetime would you trade for an animals’ health? Hard to ask and even harder to answer. There is no best answer since all of them are equally valid. The questionnaire will take approximately 15 minutes of your time.

We value your contribution!

Some of the human health states indicated in the questionnaire may seem unusually severe, but they have been chosen carefully to reflect the full range of disability weights of human diseases. They have been approved by the ethical commission of the University of Zurich, and will allow us to refer our findings to the existing GBD studies.

Please find below the links to the questionnaires for different species

The questionnaires are also available in other languages, e.g. German, Russian, Spanish, French, Italian, Polish and Kazakh. Please choose your language at the beginning of the survey.

What will happen with your data?

Your data will be treated strictly anonymously. By collecting the values of many people from many different backgrounds, we hope to gain a better understanding on how humans value animals. We expect that with your participation will be able to contribute to the joint effort of the WHO, OIE, the UN Food and Agricultural Organization (FAO) and the UN Environmental Program (UNEP) to address health challenges in an integrative way.

If you are interested in the results of our research, please register to our newsletter.