Best Presentation at the VPH Conference 2018 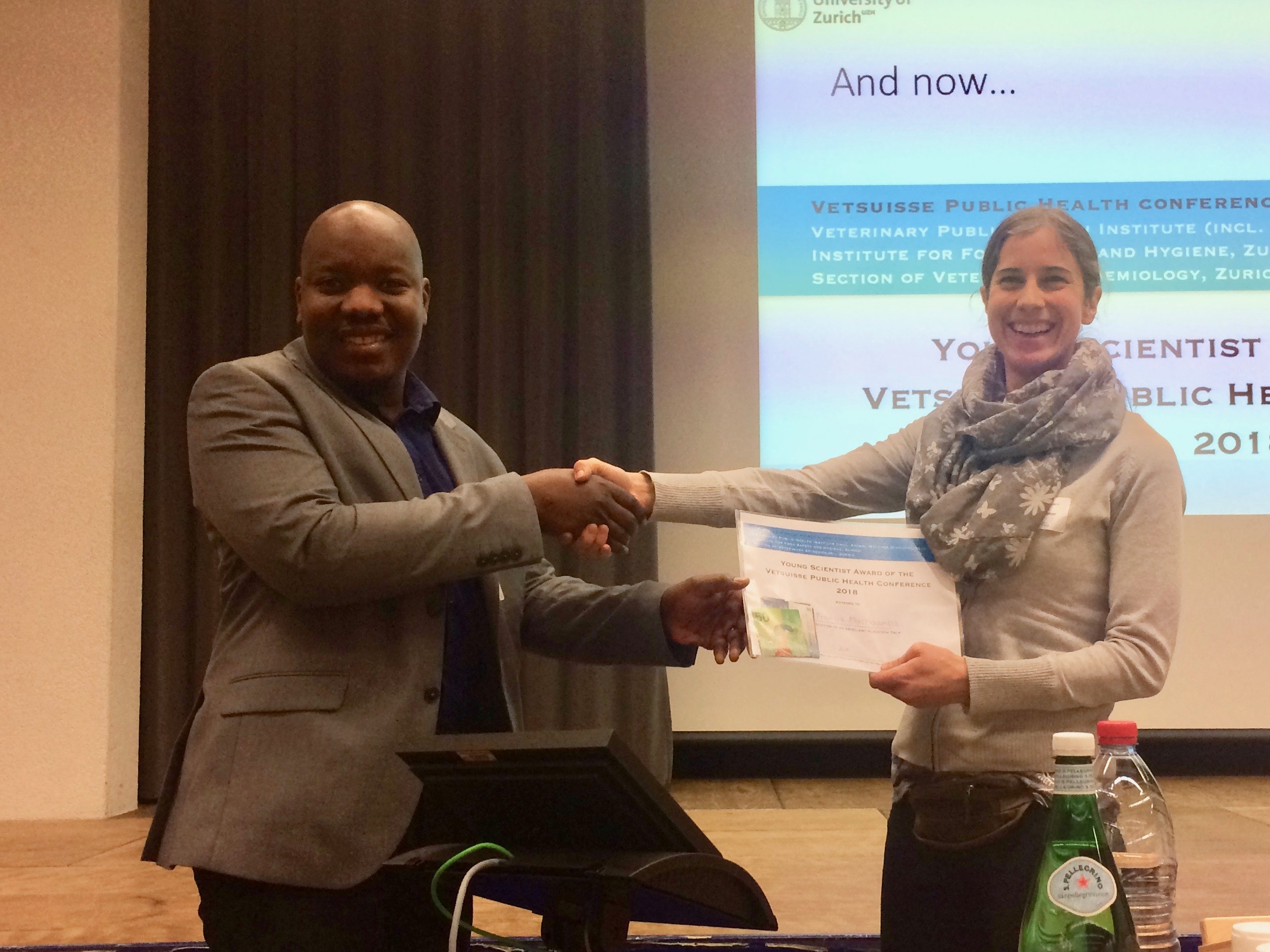 Francis Muchaamba from the Institute for Food Safety and Hygiene.

The abstract is available below as a drop down window.

Listeria monocytogenes is an important foodborne pathogen that accounts for serious public health problems as well as significant food safety challenges and economic losses to the food industry. Infections of susceptible individuals results in various life-threatening conditions often associated with high mortality rates. Although most cases are sporadic in nature, occasionally large-scale outbreaks linked to common ready to eat food sources occur. To survive in rapidly changing harsh environmental conditions, L. monocytogenes has evolved various adaptive response mechanisms making its control in food a great challenge. This in turn generates populations that are phenotypically heterogeneous in natural situations. In order to improve the knowledge of mechanisms involved in L. monocytogenes nutrient utilization, stress resistance and virulence, different approaches including the Biolog phenotype microarray assay and whole genome analysis were applied to a set of clinical and food related L. monocytogenes isolates that include strains responsible for some of the food associated listeriosis outbreaks in Switzerland.

The strains were assessed for carbon sources utilization capacity, pH stress resistance and osmo-tolerance. Our analysis revealed that despite having a high synteny in gene organization and content, the strains exhibit significant phenotypic differences in carbon sources metabolism and resistance to osmotic and pH stresses relevant in host and food associated environments. Among the tested strains, strain Lm3163, associated with the 2005 Swiss Tomme cheese listeriosis outbreak utilized the highest number of C-sources whilst strain LL195 associated with the 1983 to 1987 Vacherin Mont’dor cheese outbreak was the most tolerant to osmotic and pH stress. Some substance such as L-norvaline, L-hydroxyproline and urease enhanced L. monocytogenes resistance to acidic stress in a strain dependent manner whilst β-phenylethylamine inhibited strains Lm3136 and Lm3163 tolerance to alkaline stress. Targeted phenotypic analyses confirmed selected PM array phenotypes as well as uncovered phenotypic variation in virulence among the examined strains. Outbreak associated Lineage I serotype 4b strains showed superior zebrafish embryo pathogenicity whilst strain Lm3163 showed the highest cell invasiveness. Genome sequence comparison in the strains uncovered a few subtle genetic differences between the strains, suggesting that differences in gene regulation and expression might be responsible for the bulk of the phenotypic differences detected. The obtained data provide a potential basis for the future design of improved Listeria specific media to enhance routine detection and isolation of this pathogen as well as development of novel methods for its control in food.

Best Poster at the VPH Conference 2018 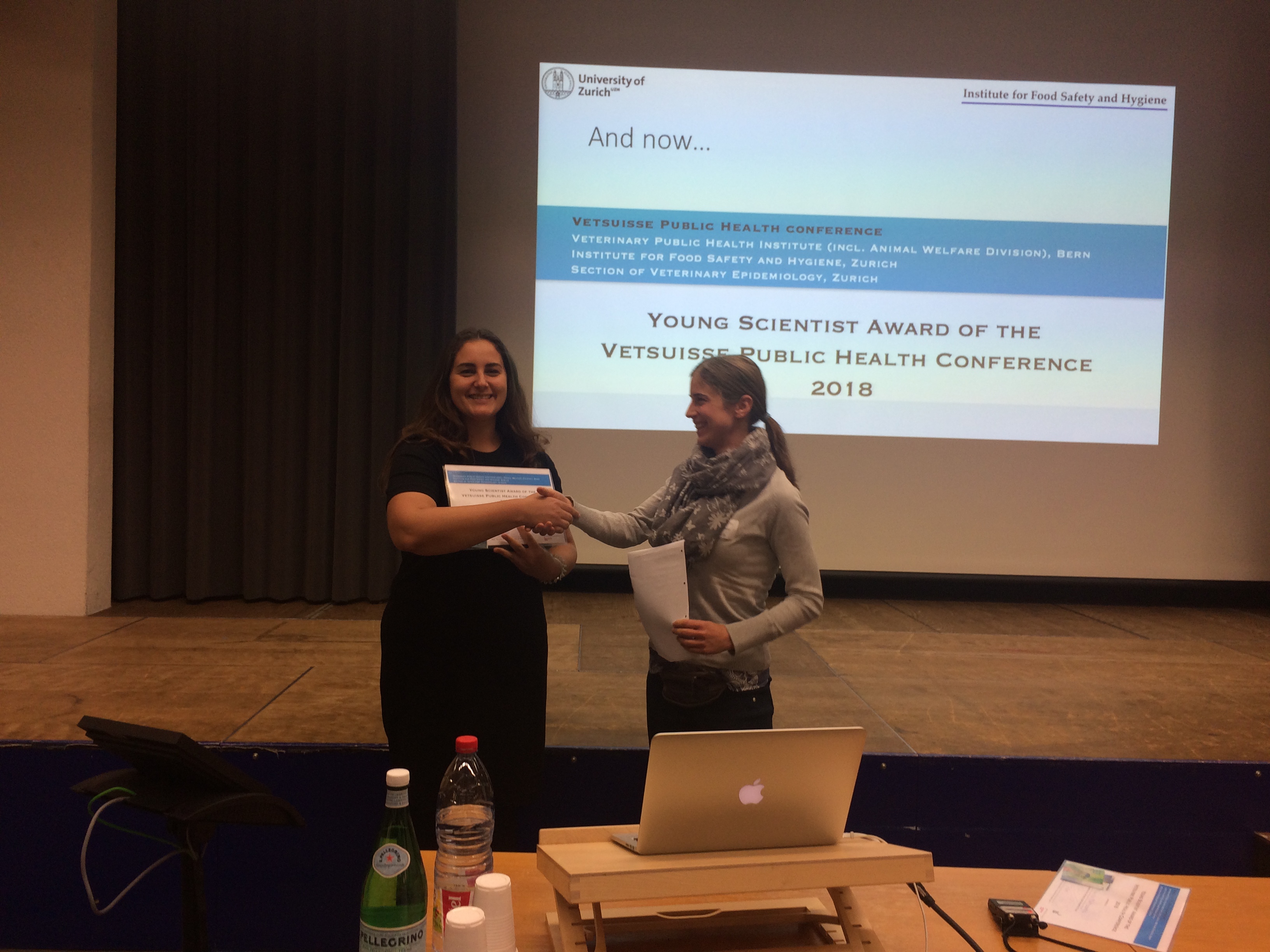 The abstract is available below as a drop down window.

Simultaneous observation of human and animal symptoms in Yao and Danamadji, Chad

Chad is a country placed in the Sahel region of the sub-Saharan African continent and is facing major difficulties providing their rural populations and their animals with adequate health services. This is due to limits in trained staff and lack of medical facilities, long distances for reaching the next medical facility and community member’s reluctance regarding western medicine. Community members in the Sahel region live in close contact with their animals and are thus, under high risk of being infected with transmissible diseases. For the improvement of these populations' health status, by the early detection of transmissible diseases, understanding the most common occurring symptoms is very valuable. Such perceptions can be achieved by observing human and animal symptoms concurrently. As a precursor study, for a later to be established case control study with a One Health approach in Chad, in total 92 interviews were conducted using a KoBoCollect survey. A team of Swiss and Chadian researchers visited camps and villages selected by the randomized cluster sampling. Throughout the interviews, community members were asked about the perceived frequency of given symptoms (cough, diarrhea, skin problems, fever, weight loss, weakness, vertigo, pale mucosa, swollen joints, ulcer, abnormal behavior) that occurred among members of their household and their animals during a past time frame. 41 of the interviews took place in villages and 51 interviews in camps within concentration zones. From the 92 interviews in total, community members counted 1373 household members and 9013 animals, which they took in account when asked for observed symptoms. In humans, fever was reported most frequent (720 cases), whilst among animals, cough was reported most frequent (1912 cases) in the past year. The analysis of the data is being proceeded. Regional, seasonal and species depending differences in the occurrence of symptoms are of interest. Data from the questionnaire on the frequency of occurring symptoms will later serve as a base line for the symptom recordings from the case control study. We would like to present preliminary data from the questionnaire study at the conference.

To all contributors and guests

The organisers wish to thank to all contributors and guests for an excellent day. The powerpoint presentations of the key note speakers are available from the homepage of the conference.